Seda Abreeza celebrates a milestone – being in the landscapes of Davao for six years. As it endeavors to continue giving the best feelings in the world, the hotel throws a festive night in 1950s carnival setting for its guests and partners in the industry.

Dubbed as “Spectacular at Six: The Vintage Carnival,” it is an annual showcase of food, music, and get-togethers, this event is one of the highlights for the year. Seda Abreeza’s General Manager Ken Kapulong said in his message, “Six years in Davao, and as the name Seda suggests – we had a seamless and smooth journey being here. We can claim that we have been successful in making our hotel your second home – whether you are in business or a staycation – because you are all still here, celebrating with us. We owe it to all of you.” He further expresses his gratitude and appreciation to all guests, highlighting that the team is excited to spend more years with memorable stays, exquisite food, and stronger partnerships.

The event was made more exciting with circus-inspired production numbers and performances from Siningtala Dance Company, and the great music played by Muzicskool’s Gap 69.

Misto offerings are something to look forward to as it released its sumptuous and delighting promotions: Triple Treat boasts the Tatler-featured dishes on a delectable set; Burger trio features three distinct flavors in a platter of mini burgers; and the Engkanto offers a new beer brand Davaoenos should look forward to. A glimpse of the Kadayawan celebration in Seda Abreeza was also launched. 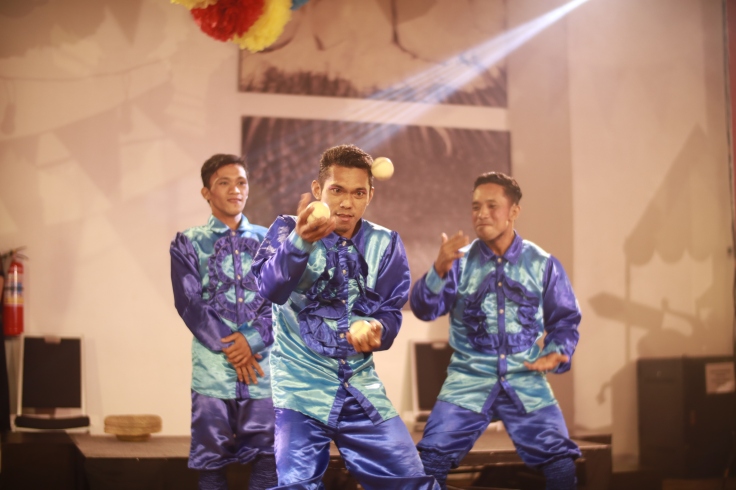 During the event, one of Seda hotels’ prime CSR initiative for the year was also announced. “MAYUMI” – a Filipino word that translates to gentle or refined – is the name of Seda Hotels’ adopted Philippine Eagle. This partnership was officially sealed with the meeting of the Seda Hotels group headed by Senior Group General Manager Andrea Mastellone and Philippine Eagle Foundation group led by Executive Director Dennis Salvador last March 27, 2019 in Seda Bonifacio Global City in Taguig. Seda Hotels has long been supportive of the Philippine Eagle Foundation. Since 2015, the hotel group supports the center’s Bird Ambassadors Program, adopting five hotel species.