As a food lover, I have always been craving for Asian food.  Korean cuisine is my most favorite. Why? I love vegetables since I was young.  Vegetables are the most common ingredients used in Korean food. These are various in kinds and in tastes. Though these are spicy, the most distinguishing feature, you can’t help but love the taste even more. That’s how I feel about Korean food.

Korean food has a lot of side dishes to offer which I can almost eat everything.  My favorite side dishes are bean taste soup, broiled beef, fish, cabbage “kimchi”, and steamed vegetables.

I am fortunate to live in Davao City because there are so many Korean restaurants everywhere you go.  Dabawenyos have learned to love the taste of the food. Who wouldn’t? I fell in love not only with its people but their food most especially.

I had a chance to visit one of the Korean restaurants named Bonju Kim Restaurant, located at Victoria car park near Ahfat resto. It is the first in Davao City and being franchised from Korea. 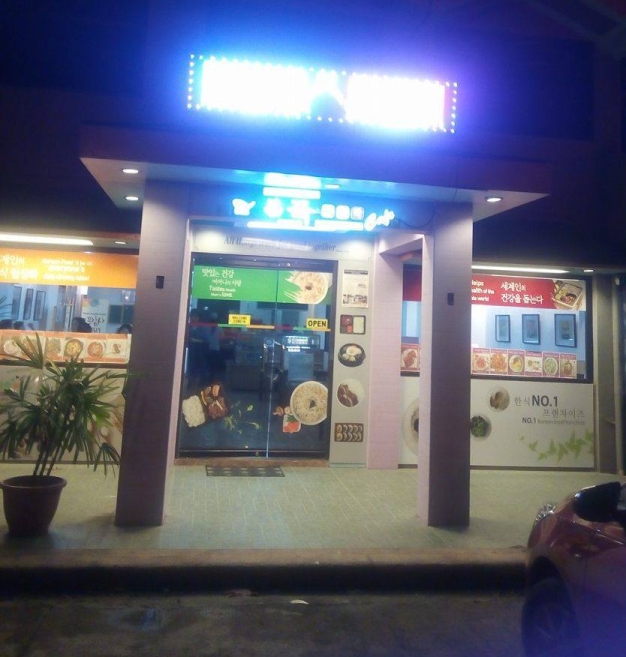 I have been to a lot of Korean restaurants here in the City and usually they have built-in grills for customers with portable stoves that they can use at their tables.  Apparently, they don’t have these. It really depends on the concept of the owner as to how his restaurant should be that will make it more unique from the rest.

As I entered, I noticed how clean and spacious the place was. There were friendly staff and the owner himself who welcomed us as we were directed to make ourselves comfortable at a long table while waiting for the food to be served.

While waiting for the full course Korean meal, we were given the various side dishes served in small portions.

As far as I know, Kimchi is one of the best known Korean food, a vegetable dish seasoned with garlic, pepper and a lot more.  It is nutritious containing Vitamin C and fiber.

It took them a short time to prepare the meal. One by one, they placed each meal on our table and introduced it to us.

a delicious Korean seaweed and rice roll and other ingredients served in bite size slices.

For me Korean food stands out from other cuisines.  The best part of a Korean food setting is the dishes are all being served at the same time.  This is the reason why I love Korean food so much.

So if you happen to pass by Victoria car park, why don’t you visit  Bonju Kim Restaurant and have a taste of their Korean cuisine!